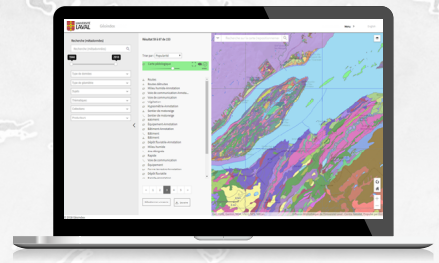 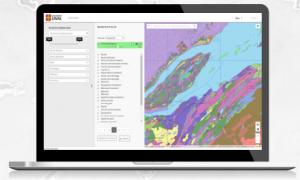 In 2021, the project involving the addition of the Géophoto module to the GéoIndex geospatial data platform was officially launched! This project was completed as part of the 2020-2023 strategic guidelines of the Partenariat des bibliothèques universitaires du Québec. Following an agreement made between the Bureau de coopération interuniversitaire (BCI), the Bibliothèque de l’Université Laval began developing the Géophoto module, to standardize the aerial photo collections of Quebec universities, make the photos retrievable, and provide access to the digital versions available.

The first step, completed in collaboration with certain participating universities of the Partenariat, consisted in identifying the business needs for the various target audiences using the platform. Since then, the Géophoto module project has evolved considerably. Here is an overview of what has been accomplished so far.

To make sure to offer new value-added functionalities quickly, the project was split into two major phases.

Delivery 1:
Since June 2022, the establishments can upload their inventory in the Géophoto module. So far, more than 883,710 printed aerial photos from six universities and Université Laval are available in GéoIndex. And more are coming…

Other establishments with aerial photos are working hard to make their inventory accessible on the platform soon. In the past, only the collection of Université Laval with some 230,000 printed aerial photos was available in GéoIndex.

Another gain: the addition of functionalities, namely to search and select photos, making the module more user-friendly.

Delivery 2:
The establishments can now add digital photos to allow users to consult and download them, making it easier for them to access the aerial images.

An agreement was made with the Department of Energy and Natural Resources (MERN) to upload the digital aerial photos it has in the Géophoto module. With this agreement, more than 330,000 photos have been added with many more to come. Within about five years, the platform will have more than one million digital photos from the MERN.

Within the next few years, Géophoto will contain all the printed aerial photo inventories of Quebec universities, which will represent about 1.2 million images.